What is morbidity and mortality?

Morbidity Indicators in Our Region:

Mortality Indicators in Our Region: 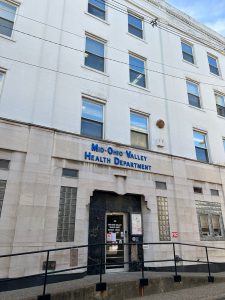 When job postings are made available they will be listed on our Job Opening Bulletins.
Mid-Ohio Valley Health Department is an Equal Opportunity Employer.

Real help for West Virginia renters is here! The Mountaineer Rental Assistance Program is now open and accepting applications. If you are a renter who is struggling to pay rent or utilities because of financial hardship due to the Coronavirus, you may be eligible for assistance.

West Virginia 211 is proud to partner with the West Virginia Housing Development Fund on this important program.
Enter your Zip Code below to see what is available